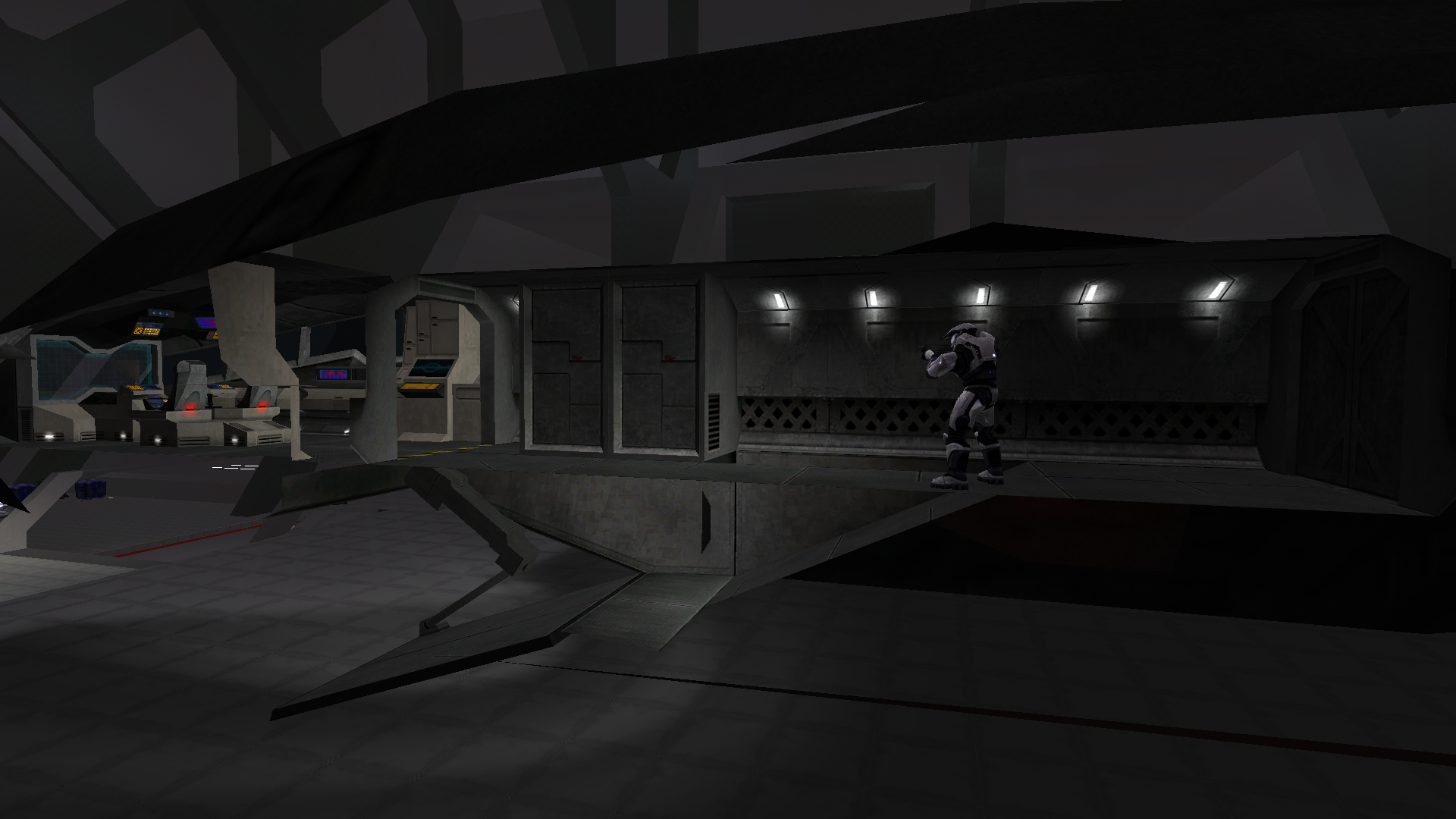 Was ist an künstlicher Gravitation so schwer?

"Forerunner justice," he growled low and deep, "We will see what that means."

------------The great ship descended slowly through a vivid blue sky. Swarms of Sentinels rose to greet it, thin beams of energy tethering it to them so they could guide it safely to the dock. Two massive angular arms rising from the pedestal on the desert sand. Riser stood by Bornstellar's side watching the proceeding[?] from a platform high above the ground. He felt awkward in the presence of these Forerunners, their bulky armor shaped for ceremony, but there were also a few other humans.
------------As the ship approached, its drive pulsed deep notes that resonated within the Florian's chest. The dock arms reached up to meet it, locking onto the ships broad hull and lowering it carefully into place. The ship touched down with a loud and final boom. Near the ship's bow, a three winged door retracted. Cold fog welled up inside, puffed out, then swirled away in the rising heat. A hardlight ramp flickered into being. Through the last of the inner mist emerged a massive structure. An oblong of silver grey metal, its surface inscribed with glowing blue lines that pulsed in rhythmic patterns. The oblong descended to float just above the ground, for[?] a flock of sentinels received it and dragged it forward with Hardlight[?] tethers. Riser was reminded of pallbearers carrying a coffin.
------------The sentinels guided the oblong across the dock and down to another unfinished structure still being shaped as they watched. Constructor machines like spiders spun hardening cocoons of metal around slowly ascending frameworks. Then Riser understood. From below the rock and sand out of the Ark's deepest foundation, a massive tomb was being prepared. A void had already been cleared to receive the coffin. Sentinels dragged it to the edge of the void, a strange grave at a place where there was no real dirt, no real planet, and latched into the waiting frame. The oblong coffin's blue lines flowed outward spreading into the confining struts. Riser puffed out his cheeks and looked up at his tall companion. Bornstellar was observing the ceremony with a grey, grim face. Hard to read. All Forerunner fighters looked grey and grim to the Florian.
------------When all was ready, Bornstellar raised his arms to address the tomb. "Ancilla 05032 of the designation Mendicant Bias, you have colluded with the greatest enemy of the Mantle." A deep voice issued from the coffin and was amplified across the platform, echoing from the ship, the dock, the tomb, even now being given its final touches, <THOSE WHO PASS JUDGEMENT SHOULD FIRST JUDGE THEMSELVES.> The voice now echoed off far bluffs and canyons, "Judge themselves, judge themselves..."
"A sin to fight a sin," said Bornsteallar, "a lesser evil to fight a greater one. That is the choice I was forced to make, you had no such excuse, you brought matters to this point."
<WHY WAS I SPARED THEN?>
"You are brought here to be sentenced. You have not been immediately destroyed because you may yet be needed. Your intinmate knowledge of the Flood makes you valuable should they return, but we can never trust you, never again allow you any latitude. You will be entombed here. Your processes locked, frozen into a single thought for all eternity: absolution. Should you be needed you will be reawakened, should there be no need you will be buried here until the end of living time."
<THEN I WILL SERVE, AS A MONUMENT TO YOUR SINS. THAT IS WHAT YOU WISH FOR.>
Bornstellar shook his head, "I wish only for the Mantle to be upheld"
<I AM PENITENT, I KNOW THAT WHAT I HAVE DONE CAN NOT BE FORGIVEN. I WILL ACCEPT MY STASIS WITH GRACE, AND AWAIT A TIME WHERE I MIGHT REDEEM MYSELF.>
"Aya, so shall it be," said Bornstellar.
------------He reached out to a pylon, spread his hand accross the controls as they appeared and closed his fist. The constructors finished their webs and sealed themselves into the tomb's fabric. Mendicant Bias's coffin was locked in place. The entire structure dropped slowly below the ground into the void and the foundation metal, its blue lines pulsing more and more slowly. <ONE THOUGHT FOR ALL ETERNITY,> said Mendicant Bias. His tone sounded almost wistful. Now the lights were fading, flickering, going dark. <ATTONMENT.> The tomb turned as black as night. The machine's final words spread accross the false desert and echoed moments later from the false mountains. Bornstellar, Riser, Trial, Chant, and all the rest watched silently as the rest of Mendicant Bias, locked in eternal exile, was covered by sand.