Hunt the Truth Staffel 2, The Story of Fero und Episode 00 - The only Deliverable *inkl. Übersetzung* 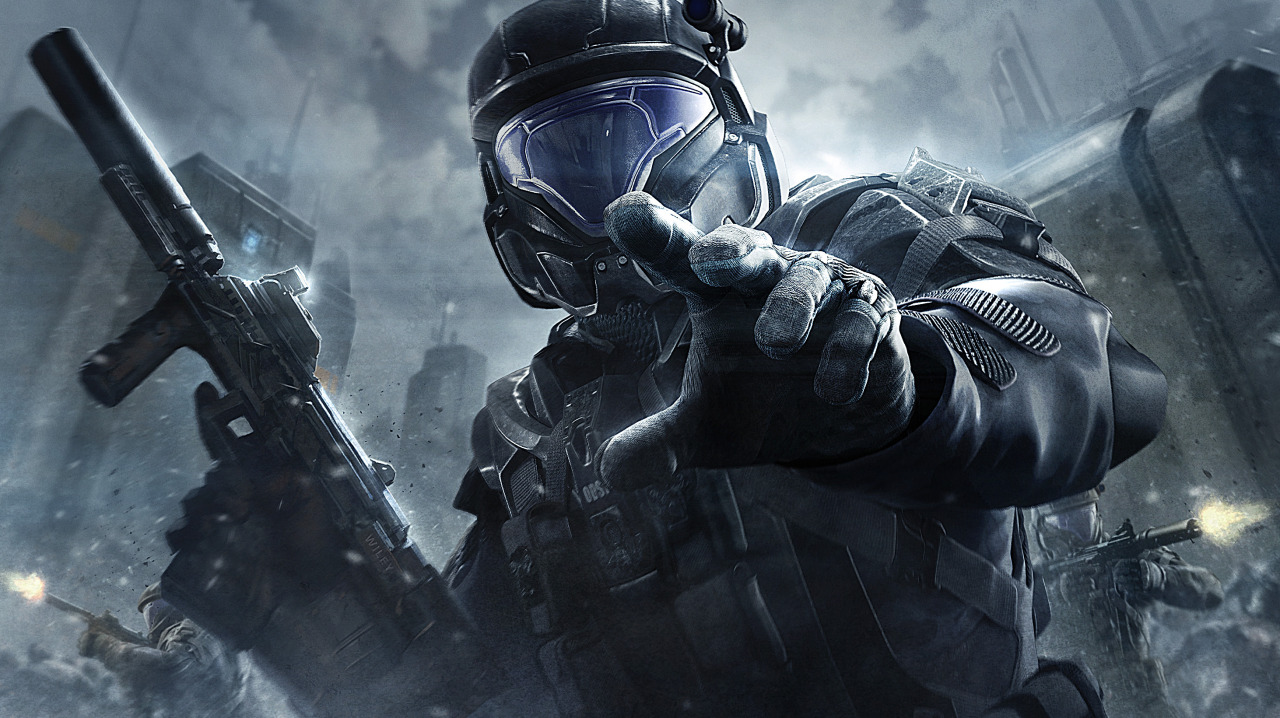 S2.PRE THE STORY OF FERO

FERO: When I… joined the cause, I never imagined I’d end up here. Talking to you like this. Benjamin Giraud, Petra, they… they like talking into microphones. It’s their superpower. Me I… I never saw any of this for my life, I had aspirations, hope for a better future for myself, for my friends… but it all got corrupted... just twisted. Until I didn’t even recognize myself anymore.

{Slurp of a drink}

But you know...you don’t even care about that do you? No, you just wanna know how we got here. You heard Ben's story, the journalist turned ONI scapegoat. Mines a different kind of story, perhaps it's not exactly what you were expecting but. This is my story. The story of FERO.

S2.00: THE ONLY DELIVERABLE

Maya Sankar (to crowd): That's what they do. They conceal their atrocities in a lob work theater. They invalidate the truth with their coordinated swarms of lies!

Ground Trooper #1: Got visual on FERO.

Sankar (to crowd): We have the attention of every man woman and child in occupied space. Even the moderates in the inner colonies are starting to wake up! But the UEG got on the networks and sang them a lullaby, putting the masses back to sleep, smearing those who would speak the truth! That's what they did to Benjamin Giraud.

Ground Trooper #1: What's the headcount down there?

Ground Trooper #2: Looks like a bunch of Innies in a field to me!

Sankar (to crowd): They convinced the public that it was them who lit this fire in the outer colonies, but we've been burning for decades! Not because a journalist cried injustice, but because our children cried in pain. We offered our resources. We saluted their flag! But when we cried for help, no one came.

Sankar (to crowd): While our cities were choking under the Insurrection, the UEG called in the cavalry. They leveled our homes. When our families were melting under Covenant warships, the UEG, our government, stood by and watched us die! Whole planets! But now, they tell everyone that our struggle was Ben's fabrication?

Sankar (to crowd): That I was his invention?! No. I wasn't invented. I was born in these colonies and our struggle wasn't fabricated. It was forged in the ash and glass that was left after the Covenant attacks. We survived.

Sankar (to crowd): And no matter how many lies they shovel on top of us, this fire they started, the ideas we stand for, will never burn out!

Pilot: Shut it down, Wiley.

Sankar (to crowd): I hear you! And Ben will get the amnesty he deserves, but not until we have the strength to give it too him.

Sankar (to crowd): We need to send a message to the UEG, a clear sign that--

Sankar (to crowd): A UNSC recruitment center or some federal com target isn't going to free Benjamin Giraud! We have screamed from fire to blood for decades, and for decades, blood is what we've been drowning in. That's what they want, a shooting war, something they know they can win!

Pilot: Structure's out of range! Stay focused on the target!

Sankar (to crowd): The day we plot revenge, they grow stronger. We toss ourselves into the flames calling it revolution? No, this needs to be a war of ideas. Not fenced in by battlements, but lifted up bu economic prosperity! Building a force that the UEG will have no choice but to bargain with. That's the war we can win.

Crowd Member #2: You've had a sit here for weeks! It's time to strike!

Sankar (to crowd): No! It's time to stop blindly tossing our sons and daughters into--

Crowd Member #3: Were the hell were you?

Wiley: I heard they all got scooped.

Crowd Member #3: You weren't even born yet!

Crowd Member #3: Stand up in front of a bunch of real freedom fighters and talk soft, like Sekibo? That's the only suicide mission I see you going on!

Bostwick: You need to back up!

Crowd Member #3: You need to watch yourself young'n. Grown ups are talking.

(the ground troopers open fire, Insurrectionists scream as they die)

Pilot: Hear that? Get back to the ship!

Sankar: Who's op is this, huh?! Who authorized it?!

Sankar: Hey, I outrank you lance corporal! You don't get to call me FERO! It's commander Sankar to you, copy?! And you just ran guns blazing into an active civilian operation, you corn-fed cro-mag! Who authorized it?!

Lance Corporal: Hey, I didn't see any civilians down there. Just looked like a bunch of rebel rats to me.

Sankar: Where's your CO? Your ass is getting put on ice, I can guarantee you that!

Sankar: You wanna to make a drop without a pod, trooper, huh?! You wanna slap a KIA on that jacket?!

Sankar: You know, from this height you might just live. Those "rebel rats" could send you home a piece at a time as a weekly care package to your mom.

( calls through the ship)

Lance Corporal: Damn. That rebel stink must be sinking into your brain.

Sankar: Do not test me.

Sankar: Noah? What in the hell was that?! You authorized that strike? What kind of--

Noah: Maya, I'll explain everything when you get here. Are you okay?

Sankar: I... No! No, I'm not okay Noah! I'm not okay at all! Half those people were civilians, and you've got neanderthal helljumpers going in hard with full ordinance?! I mean what... (sighs)

Sankar: Wait, there's still another team on the ground?

Sankar: Call them back, now!

Noah: I can't, it's still an active op. Ground team's on clean up.

Sankar: That's not clean up. That's a slaughter house! Sounds like a bunch of trigger happy jumpers killing civilians! Pull the rest of your team, now!

Noah: No. You were the only deliverable asset.

Sankar: Deliverable for what?! What is this?! I've risked my cover more times than I can remember and I haven't gotten so much as a whisper from you or command, since I wrapped on Giraud! I am com--

Noah: I know, I'm sorry. Command put us on strict no coms three weeks ago. My hands were tied.

Sankar: I have been in the dark for almost a month and right now I am in pitch black on whatever the hell this op you're running is, so please, tell me, what?!

Noah: We had to pull you. It came from the top and it happened fast.

Sankar: What is command even doing? When they activated me for Giraud, the whole point was to regional stability! I thought they'd have it all locked up by now!

Sankar: Tell that to Petra Janecek. After her last message, people are still pissed.

Noah: You didn't hear? Acquisition team picked her up on a transport freighter out in the fringes.

Noah: Things are changing inside ONI. What you did... killing those agents in Ben's apartment.

Sankar: Section Three orders me to murder fellow agents and now they're laying it at my feet?

Noah: It's not official, it's just a political move.

Noah: Someone's trying to appease some of the other commanders.

Sankar: I looked 'em up, ya' know? The two agents.

Noah: Why would you do that?

Sankar: The younger guy had a three year old daughter. Did you know that?

Sankar: He was twenty-seven. And the other agent was a year behind me at the academy. I killed both of them, and for what?

Noah: Maya... I wish I knew how to make this easier for you. Everything's just... I tried to do what I could, even though I couldn't reach you. There are questions.

Noah: Mshak Moradi. Your weapon never registered as fired on that mission. The kill was never recorded.

Sankar: It didn't register because I didn't use my weapon.

Noah: What do you mean?

Noah: You didn't have a choice Maya.

Noah: He was about to blow your cover, if you had--

Sankar: I know. (sighs) They listen to me, Noah! They believe in me, or FERO. They want a better life, they really do. They've just never been shown how to get there.

Noah: Believe me, I know. Nobody could have predicted what you've been able to accomplish, but the fact of the matter is--

Sankar: It's outside the scope of my objectives, I know.

Sankar: God. Well we're gonna have a hell of a time sealing up my cover after that joke of an extraction. We need to asses the post-op ground narrative as fast as possible for the release.

Sankar: I need to get back in Noah.

Noah: And you will, Maya... but not yet. They're bringing you to Midnight Facility.

Sankar (voiceover): There's something that ONI doesn't understand about human cost. Maybe the people do, the individuals, but as a collective when you look at people as numbers on a chart, as probabilities, just factors on a bigger equation... what happens is you actually lose the bigger picture. They... They run these complicated algorithms. They weigh the cost/benefit analysis of what a human life is worth. I recognize every single name on that list of sixty-seven casualties. To ONI they were just sixty seven insurgents, but I knew what their voices sounded like. I knew why half of them were there that night, what they wanted for their lives. Seven people who had sworn allegiance to me... who I'd known for years... were dead. I'd lost two of the best friends I'd ever had in that operation. And as the person who was sworn to protect them... I... I didn't know how to process that loss. But... what terrified me most... was after five years living as FERO... I had no idea what Maya was supposed to think about any of it.