But while it’s easy to get carried away about the prospect of playing Halo Infinite, it’s worth taking a minute to think about the enormous work put into this playable preview of Halo Infinite. While this is just a section of the final game, it took a herculean effort to make sure this little corner of our Ringworld was polished and pretty enough for its premiere! The art, lighting, design, environment, graphics, production and engineering teams involved in carving out and curating this little slice, are nervous and excited to show people a glimpse of what we’re building.
Zum Vergrößern anklicken.... 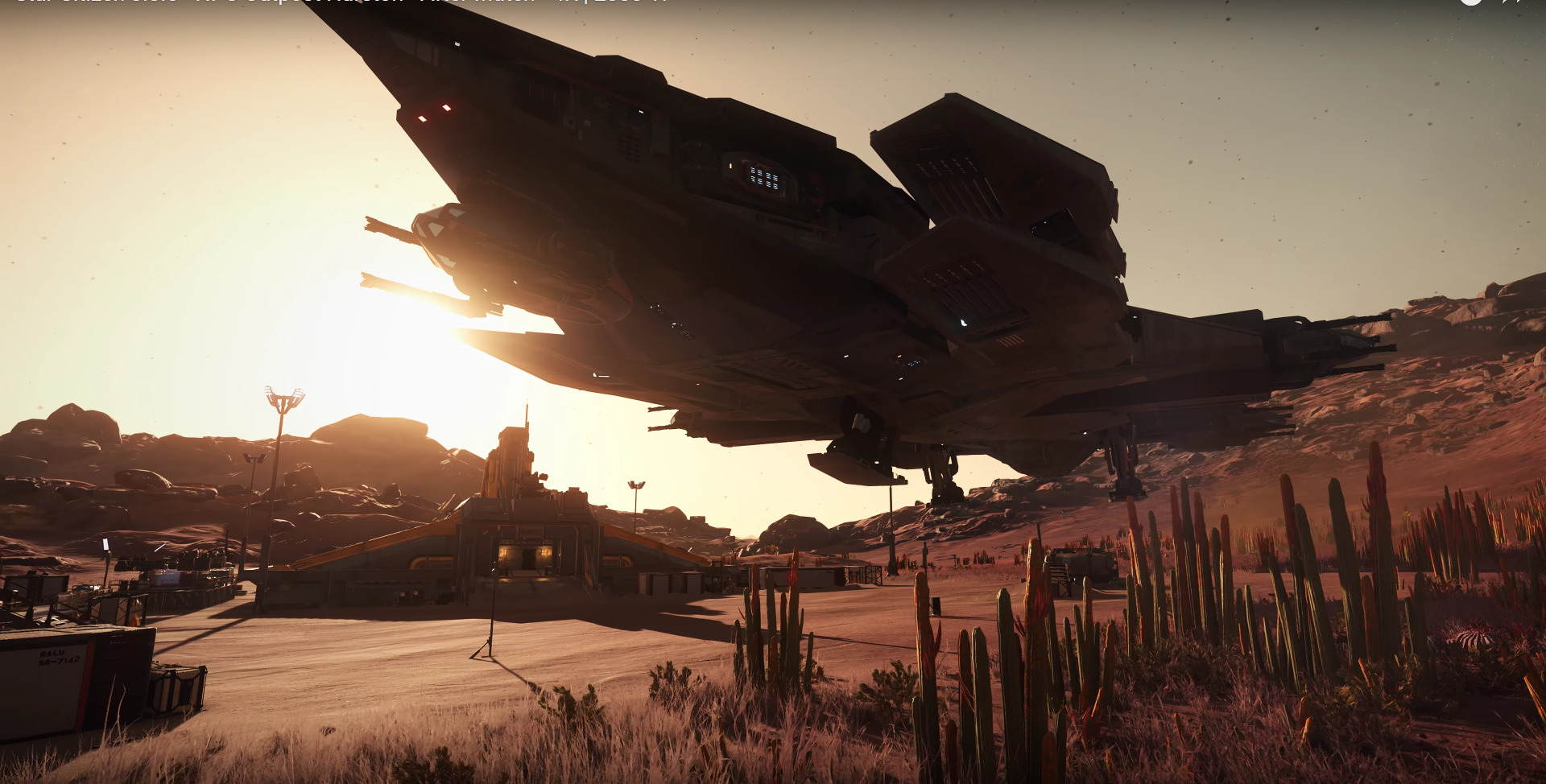 "We still have a long way to go until we ship the game, so things will certainly evolve between now and the release of Halo Infinite, though the engine demo is a clear indication of the direction we are heading with our next game and a great snapshot of where our tech is right now."
Waypoint: Our Journey Begins

"But as we move forward to Project Scarlett and PC gaming platforms, we have an amazing opportunity to create a powerful new engine to take advantage of new hardware and architecture"
Waypoint Discover Hope


A Closer Look at Halo Infinite’s Turbulent Journey
Posted on August 17, 2020 by Brad Sams in Games, Xbox with 7 Comments

Last week, Microsoft announced that Halo Infinite would be delayed until 2021, but there have been challenges building the game that started long before this announcement. Starting prior to E3 2019, I have been hearing tidbits about the development process and when Phil Spencer validated my report that 343 said was not accurate from late July, it was time to put together the story of everything that I had heard leading up to that reveal.
Jumping into a time machine to 2015, 343 embarked on building the successor to Halo 5. Referred to initially as Halo 6, the company was going for a rebuild of nearly everything Halo. They were building a new game engine called Slip Space and the team was laying the foundation to build a launch title of the next-generation Xbox, the series X.

Building a new game for a console that has not been announced is quite the challenge and is often why launch titles are sometimes lacking in the graphics department because they aren’t quite sure where the final specs will land. Sure, they have a rough idea but it’s typically easier to scale up graphics than to cut down on quality if the new console doesn’t live up to the paper promise. Meaning, would you rather have reduced graphical fidelity at 90FPS or better quality graphics but at 25FPS?

On top of that, 343 was building a new game engine, for an unannounced console, for a game that would ship at the same time as the new Xbox. If you are trying to take the path of most resistance to launch a new game, this is the perfect route to take – and then you toss in COVID-19 for the cherry-on-top.

But the story of difficulties starts long before July of 2020 and as far as I’m aware, the difficulties started to surface before E3 2019.
One of the challenges of building Halo Infinite is that a significant portion of the game is being outsourced to third-party contractors. This is not all that unusual but the coordination between the many different companies contributing to Infinite has been rough, at best. One person familiar with the company’s plans indicated that they believed the out-sourcing for Infinite was at a ratio higher than a typical studio undertakes during development which has caused significant headaches for cross-development collaboration.

If you go back and watch the E3 trailer of Halo Infinite in 2019, that game looks remarkably better than what was shown in July of 2020. How can a game decline significantly in quality with an additional year of development time? It doesn’t make sense and if you go back to the 2018 announcement of the title and the demo of what the Slip Space engine is capable of creating, the July event looks even worse.
It’s my understanding that the 2019 trailer was again outsourced and at that time, the game was not in a state that was playable at that level of fidelity. Even though the trailer says “Game Engine Footage” – this is a nebulous term as we don’t know if this is an attempt to show what gameplay would look like (not plausible at this time based on what we have seen) or what cut-scenes would look like which is the more plausible explanation but this vastly over-sold expectation for Infinite’s later demos.

Multiple people familiar with the development efforts behind 343 have described the collaborative effort behind the development as challenging and significant disagreements internally have become public with Tim Longo, creative director for Halo Infinite, leaving the company in August of 2019.

Appointed to Tim’s role after he left was Mary Olsen, who left the company in October of that same year. At the time, 343 said “There’s no creative dilemma inside the studio” but clearly there was turmoil inside the walls about the development progress of the game.
One of the big questions that started to manifest late in 2019 was how could 343 change the path forward for Halo Infinite so that they could actually meet the holiday 2020 deadline. Phil Spencer has confirmed that splitting up the campaign and multiplayer was a serious consideration but this was not a recent discussion as many had assumed as this option started being considered in early 2020 or possibly late 2019.
The final decision to ship the game as either a complete title or separate parts may have been more recent but the idea of shipping two separate pieces has persisted for about a year or so.

One insider states that the production of the Halo TV series for ShowTime has been a significant distraction for 343 management. Often times taking their priority instead of focusing on making sure development progress is on the right path to reaching its targeted deadline.
One of the other disconnects I have been hearing about more recently is that engineering and marketing have been on two different planets. Engineering has been asking for delays and to hold material back but marketing has been plowing forward.
An example of this happened a couple of weeks ago with the Halo team announcing that multiplayer would be free and run at 120FPS. Why would the marketing team push this out and generate another wave of pre-release excitement for the game if management knew that the game was likely to be delayed? Marketing won the argument and those on the engineering side sat on the sidelines as marketing kept pushing more Halo news out the door with the reality being that the game was unlikely to ship anytime soon.

When you look at all of the issues facing 343 including a new engine, significant outsourced development, turnover in key positions, trailers that regressed in quality, and then sprinkle COIVD-19 on top, it’s not all that surprising that things have not been going as smooth as many had hoped. The question is how is 343 going to correct the course so that they can actually ship a game that lives up to the promises that have been made?
But the biggest challenge of all may be internal. Microsoft has invested hundreds of millions of dollars into Halo Infinite with the end goal being a title that would elevate Xbox series X at launch but we all know that’s no longer going to happen.
So gab es wohl bereits Mitte 2019 große Probleme und nichtmal einen spielbaren Build bei 343. Und das ein Jahr von Release. Der 2019 gezeigte Trailer kam wohl auch von einem externen Studio. Da gabs also wieder ein ähnliches Problem wie bei Halo 5. 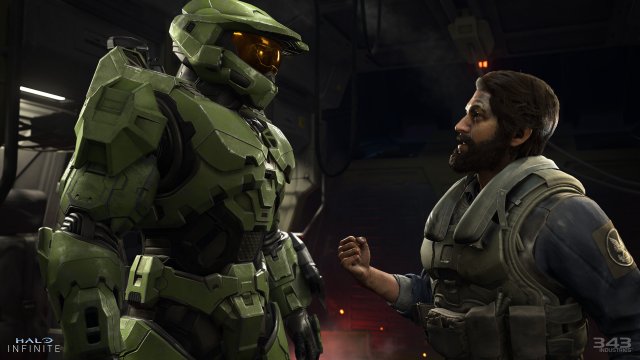